I used to have it memorized. Or, at least, I tried.

“Let us go then, you and I,
When the evening is spread out against the sky,
Like a patient…..etherized upon a table?”

I was sitting cross-legged on the floor of a painfully romantic old bookshop in Europe, an impressionable young reader dreaming, like many, of the world within the words. I thought knowing The Lovesong of J. Alfred Prufrock by heart would catapult me into the realms of the elite. I could be that gal at the fancy party who quoted Eliot while circling champagne around a crystal glass, writhing in my infinite pain and intellect. All I had to do was figure out what he was trying to say.

The old bookshop had that smell you read about, the one that I imagined T.S. Eliot’s house smelled of – old books and ink, cigar smoke? It was easier to envision in Europe, where even the street lamps were charming. But I couldn’t remember the word “etherized” because I didn’t really know what it meant, and I barley understood the very idea of poetry. All I had was a love of the way the words sounded together. Prufrock is about as ubiquitous as a poem can get, a regular Citizen Kane of the poetry world. But I didn’t know any of that, I’d never even seen Citizen Kane. I simply loved that this poem was a lovesong. And what teenager isn’t attracted to the idea of a lovesong? I’d been listening to them my whole life – sure, at that point they were mostly sung by a band of five dancing boys I was fatally attracted to, but the romance was there…it’s good to be young.

Eventually, I figured out a bit of what Eliot was trying to say. Only then did I began to contemplate the bleak existence captured in the words I had failed to memorize. I started to understand, as a developing adult, the way the world could swallow you whole if you let it. Drinking a cocktail of insecurity and fear is easy to do if you’re not careful. Prufrock wasn’t a lovesong at all. His was a cautionary tale.

I keep an old copy of The Lovesong of J. Alfred Prufrock on the record player in my living room as a reminder of what could come if I’m not careful. Sometimes, I stare longingly at it’s yellowed pages as I swirl cheap champagne around a plastic glass, daydreaming about the girl who sat cross-legged on the floor of that old bookshop, one who may have lived a different life. And then I snap out of it. While Prufrock remains lost in his indecisions and revisions, I choose not to linger. I allow the lovesong I sing to myself to evolve, and it’s okay if it sounds more like a song sung by a boy band rather than a Nobel Prize winning poet.

Chicken, spicy sausages, potatoes, and onions – that was it. The meal didn’t have a fancy name, we just called it Grampy’s Chicken because Grampy Tibaudo was the one who chopped and baked the chicken, potatoes, spicy sausages, and onions. He’d toss it all in some Italian seasonings and throw it in a buttered up glass baking dish, let it cook for a while, then remove it with an oven mitt older than I was. I’d watch as a glistening mix of grease bubbled at the bottom of the dish, anxious to stab my fork into a potato that seemed to be taunting me with its steam and spice. Mom would always tell me to wait at least five minutes before I attempted to pop one in my mouth, their insides hotter than the surface of hell; I rarely listened, inevitably burning the roof of my mouth and cursing my haste while Mom gave me that look. As scorching as it was, that first bite out of the oven was the most comforting. Grampy passed on the recipe to my mom, and then Grampy passed on.

Mom got really good at making Grampy’s Chicken, not that it was a hard recipe to master. But for some reason the potatoes were always softer, the chicken always a little more tender, the sausages always a little spicier when made by the hands of a Tibaudo.

Last year, while snooping around an old boss’s house on a work retreat in Utah, I found a scrapbook of sorts filled with recipes and old photos. As I turned to him with the book in my hand, ready to inquire, his face slipped into a smile.

“My grandma had a bunch of great recipes that my cousins and I wanted to remember. For Christmas one year we made a book filled with our favorites, plus some family photos, and gave them out as gifts. Grandma loved it,” he said as he took the book from my hands and started to fold through its worn pages. “I’ll always have these recipes.”

My heart sank a little bit, the way it does when someone does something better than you, something more profound. The pang only lasted a second before it turned to joy. What a wonderful way to remember her.

A similar pang reemerges whenever I think about Grampy’s Tuna Noodle Casserole, his Chicken Cacciatore, or the live lobsters he’d fly from Boston to LA with every summer. He’d cook the whole family a feast on his first night in town – boiled lobsters, grilled corn, mashed potatoes, antipasto salad, and the juicy, buttery sauce we’d dip everything in. Grampy was always the last to finish, cracking and sucking out every sliver of meat from his transcontinental crustacean. As kids, we didn’t get to see Grampy or Nana as often as we wanted to – us in the West, them in the East. Those dinners were a portal into a past I’d never known; one where my mom roamed the streets of Boston, hiding mischief from her police officer father, counting quarters with him at the laundromat he owned across the street, eating his delicious Italian dinners every night. I never asked him about his recipes, never thought to write them down. The pang reemerges when I realize, time and time again, that I’ll never be able to.

I’ve never tried to make Grampy’s Chicken myself. I’ve attempted far bolder recipes in cookbooks from people I’m not related to, and they’ve turned out pretty well. But the heart is missing. The familiarity is missing. Sure, the food tastes good, but the potatoes aren’t as scorching and I’m always waiting until they’ve cooled down to take the first bite.

Grampy’s Chicken only calls for four ingredients, plus whatever spices he felt like throwing in that day. Thankfully, it’s the one recipe I’ll always remember. 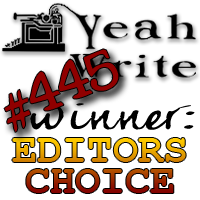 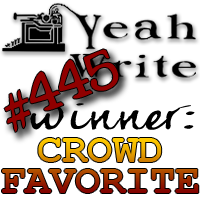